This post was originally written on November 27th 2014. The industry has changed significantly since then, therefore a new scalp micropigmentation reviews post was needed.

Team Micro is 100% independent. These recommendations are based on my own personal experience and knowledge of the industry and the providers operating within it. However, I urge all readers to conduct their own research before choosing a clinic. If you require assistance or would like a personal recommendation, please email info@teammicro.com.

At the time of writing, there are around 300-350 scalp micropigmentation clinics worldwide, and the number is growing. I make it my business to keep up to speed with new providers entering the market. Right now I’m finding about 5 new clinics per month, opening shop somewhere in the United States, Canada, Europe and Australia.

I believe there are, perhaps, about 30 high quality clinics out there right now. I would not (and could not) recommend any more of them, because they simply don’t have enough experience to demonstrate consistent, repeatable results.

So I guess you really want to know which clinic you should choose for your procedure? I’m going to tackle this question region by region, to make it easier to identify clinics that are within striking distance of your location.

Given the sheer size of the USA, which clinic you choose is likely to be heavily influenced by your location. Thankfully, a large number of quality clinics exist in the United States, so you shouldn’t be too far from one of those that I recommend.

Vinci Hair Clinic and HIS Hair Clinic, the two largest scalp micropigmentation companies in the world, both have offices there and can also be relied upon for excellent, solid results. 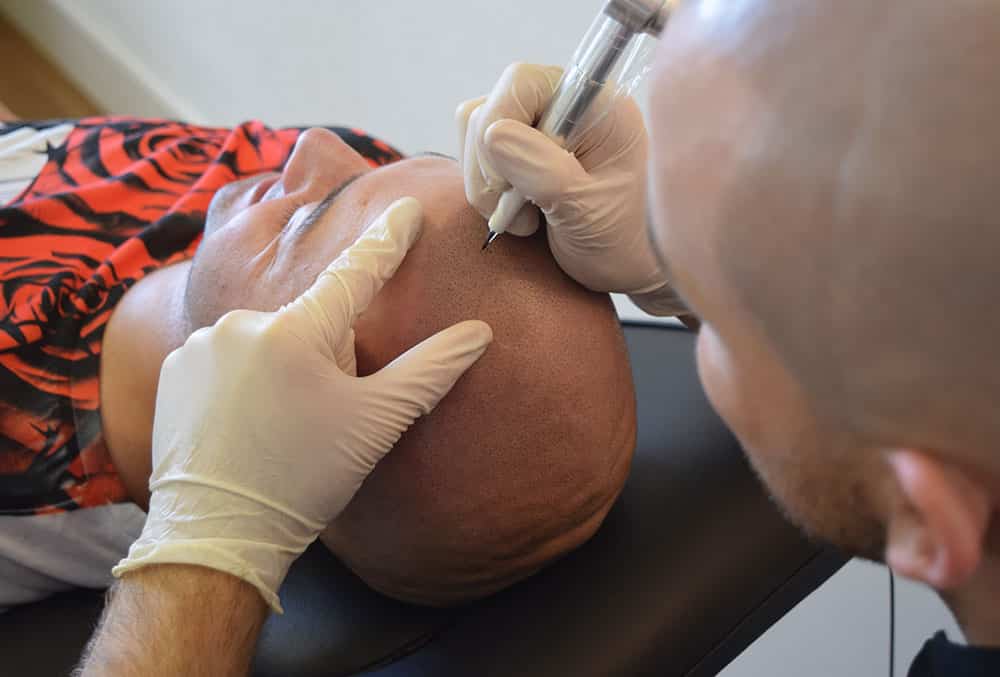 If tricopigmentation is more your thing, seek out Valerie Weber at Dermagrafix, a single-location clinic in Doylestown, PA. Valerie’s work has to be seen to be believed.

Three providers stand out above the rest. The first is Good Look Ink in Minneapolis, a well established clinic with an excellent pedigree and thousands of clients served. The second is HIS Hair Clinic in Chicago, staffed by resident technician ‘Polish’ Mike, one of the most requested technicians in the United States. The third is Follicle Hair Clinic, also in Chicago, staffed by a well-known and respected technician called Jeff Villenas.

There are some great clinics in the Southern States, but most of them belong to the larger chains with few independent clinics really standing out. There just aren’t as many boutique locations as you’d find in New York or California, for example. The best options are in Texas, Georgia and Florida.

I recommend three clinics. The first is HIS Hair Clinic, with offices in both Miami and Houston. In a part of the world with a large number of low quality providers, HIS Hair Clinic is reassuringly consistent and trustworthy, and would make an excellent choice. The second is Vinci Hair Clinic, a large company with a global presence, and an excellent record at both its Southern clinics, also based in Miami and Houston. 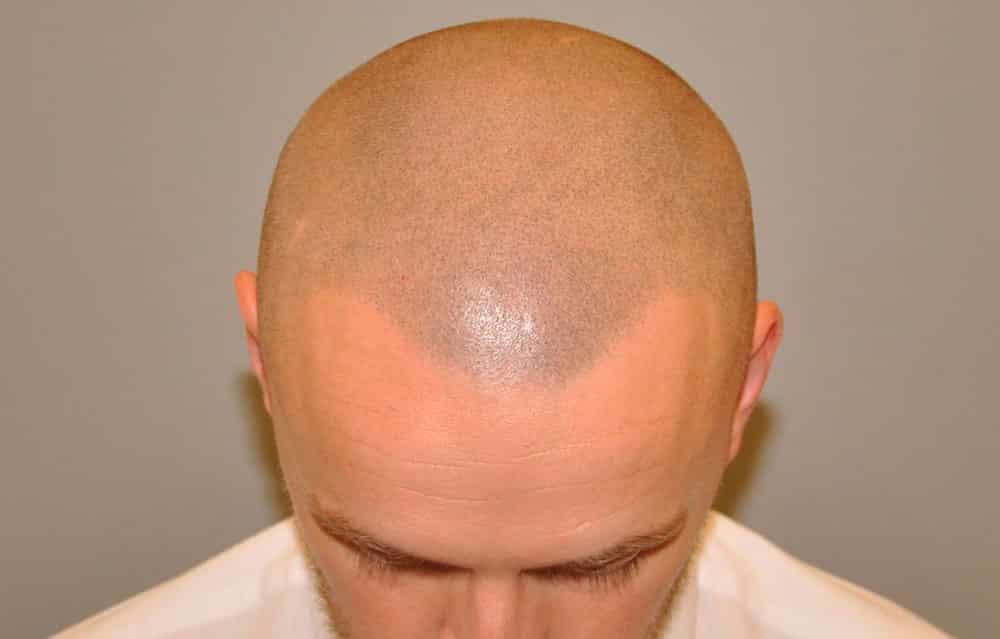 The third scalp micropigmentation company I have reviewed and would suggest checking out is the Hair Simulation Company of Atlanta. Bear in mind that they specialise in treating African American men and women, which is obviously a big plus if you’re of African American ethnicity.

In Los Angeles, HIS Hair Clinic has an office on Santa Monica Boulevard staffed by Lead Technician Zang Miah, a very talented guy with a huge amount of experience. They also have a place in Seattle, but I’m not sure who the resident technician is there now.

You should also check out LA Hair Clinic, a hair transplant clinic based in Pasadena that offers a high quality scalp micropigmentation service, and Dave Hoffer who heads a Scalp Aesthetics location in Huntington Beach, just South of LA. Finally, consider contacting Simon who heads a company called Semper Hair in the city of Fresno.

Outside of California, a great option is Eddie Lopez in Denver CO, and you should also consider Jeff Villenas. I already mentioned his clinic in Chicago, but he also has a second location in Scottsdale, Arizona.

Unfortunately, Canada is like the Wild West of the scalp micropigmentation world. No other developed country plays host to so many rogue providers as Canada, so you need to be extra careful.

I recommend just three Canadian clinics, two in Ontario and one in Alberta. The first is Beauty Amplified Studio in Hamilton, headed by a very talented technician called Renata Pruszewski. The second is HIS Hair Clinic, an ever-reliable clinic in Toronto. The third is Headways in Edmonton.

The birthplace of modern scalp micropigmentation, nowhere in the world offers such an abundance of quality SMP clinics as the United Kingdom. That said, the UK also has its fair share of low quality providers too, so clients should still do their homework.

Skalp Clinic is an excellent provider and creator of some amazing hairlines, with offices in London, Manchester and Edinburgh. Vinci Hair Clinic has no fewer than nine UK clinics, and has one of the best reputations in the industry. I make no secret that I’m a big fan of Vinci’s work, and they’re especially strong in the UK. Then of course there’s HIS Hair Clinic, with offices in Birmingham, London, Manchester and Glasgow. 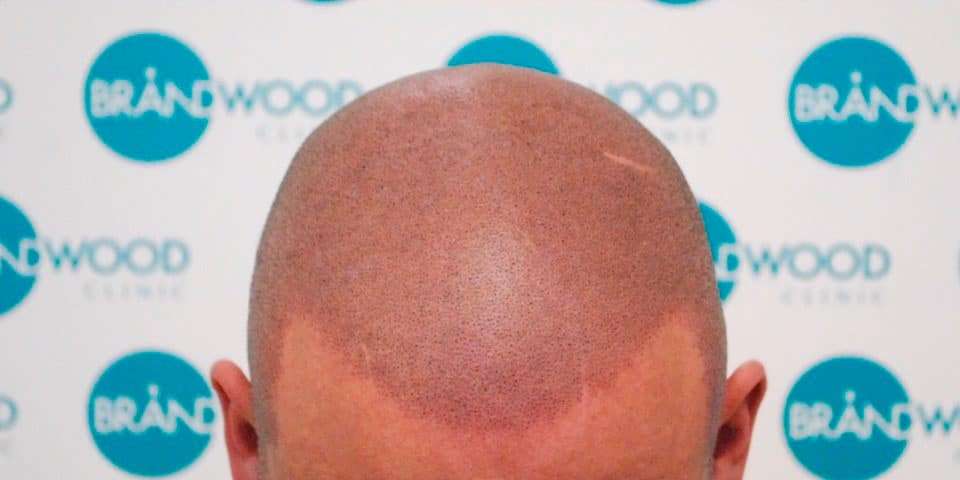 You also have some great independent clinics to choose from too. Stand-outs include Brandwood Clinic and LGs Hair Clinic in Birmingham, Skalptec in Liverpool, Studio Aesthetics in Wakefield and ShavenLook in Mansfield. 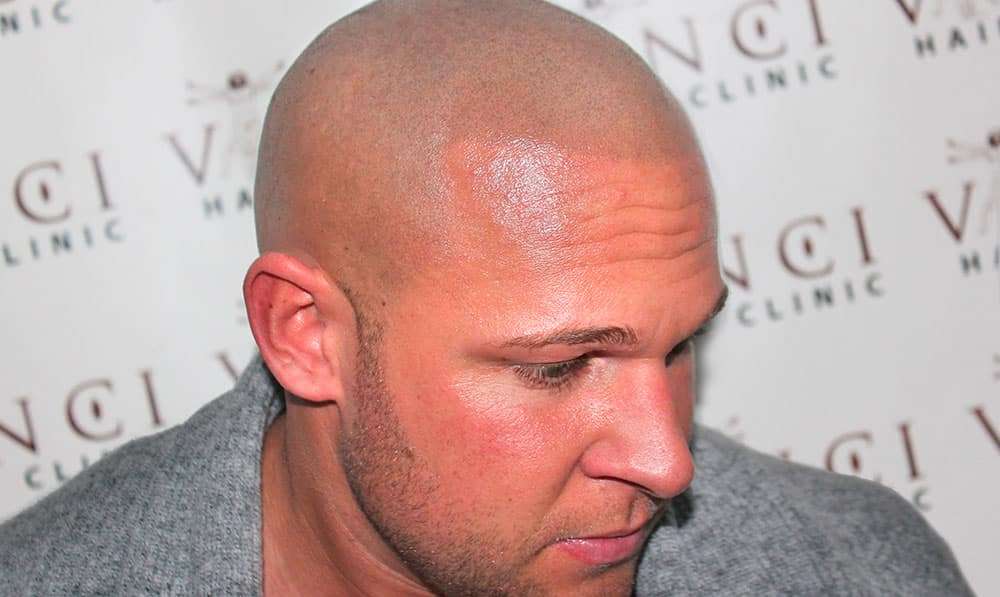 Vinci Hair Clinic is a great option, with a multitude of European locations in France, Germany, Ireland, Spain and the Netherlands. Another obvious option is HIS Hair Clinic, the world’s largest clinic with offices in Spain, France and Sweden. Finally, clients based in or around Poland should consider Mikro Hair, headed by highly experienced lead technician Agnieszka Zapala.

For tricopigmentation consider Beauty Medical and Toni Belfatto in Italy, Pigmentalia in Spain and Pro Hair Clinic in Belgium. All of these clinics have exceptional track records in this area.

The scalp micropigmentation industry is still very young in the Middle East and Asia, and reviews of new local clinics are generally very bad. I can therefore recommend just two clinics – HIS Hair Clinic and Vinci Hair Clinic. The former is based in Dubai and Hong Kong, and the latter has locations in the UAE, Lebanon, Saudi Arabia and South Korea.

Those looking for a scalp micropigmentation clinic in Australia or New Zealand have many options to choose from. The market is well developed, and as a result there is a clinic in almost every major city, however some clinics are better than others. As always, research is a must before selecting your provider.

The Shadow Clinic in Sydney, Vinci Hair Clinic in Sydney, Perth and Melbourne, and Foli Sim Micropigmentation in Perth are all great options. There is also an excellent technician called Caitlin James who runs the Scalp Aesthetics clinic in Adelaide.

Watch out for fake reviews

It’s a massive problem, not only in the hair loss industry but in all sectors of business.

Unless you stumbled upon this post while browsing my site, the chances are good that you actually found this post through a Google search, by entering scalp micropigmentation reviews, or something like that. This means that you’re actively searching for information on different clinics, or about the SMP process in general. For this reason, I must urge caution.

There are certain companies posting a whole bunch of fake reviews online, including positive comments about their own clinic, and negative write-ups about their competitors service. Companies like HeadPower in Toronto and Cosmetic Aesthetics in Miami are well known for this kind of activity, and they are by no means alone.

There is no foolproof way to circumvent this issue. Just be aware of it, and trust your instincts. If a whole bunch of reviews for one particular scalp micropigmentation company all read similarly, were posted in a short space of time and just look fake, then they probably are. Not only should you discount them, you should also avoid using the company altogether. After all, can you really trust a clinic that has already tried to lie to you?

Posing as a customer and writing a glowing (or damning) account on a generic site like Yelp, TripAdvisor or Amazon is easy as pie. Signing up to one of these sites and self-promoting takes just a few minutes. Similarly, it is very easy to trash a competitors reputation by posting fake summaries of their service.

Other marketing tactics to avoid

Many people have watched the success and growth of Team Micro, and spotted the obvious commercial advantage of setting up something similar with the covert aim of promoting their own clinic. I completely understand the logic, and honestly I don’t blame them. However, some are posing as industry authorities when in reality, they lack either a depth of experience, or a sufficient portfolio of results to be taken seriously.

Then there is the low entry price scam. In one example the provider in question was offering treatments for £99.00 each. Less than a hundred quid! What they don’t tell you is the cost of additional sessions (you WILL need additional sessions) or how long the £99.00 session is. So they’re half way through your head, but they’re going to stop because the time ran out? See my point? Then they slip in quietly with “individual results may vary”. Judging from some of the photos on their website, they’re not kidding either.

For more information, the following articles are essential reading. If you’re still stuck, email me at info@teammicro.com with some photos, and I’ll provide you with a personal recommendation.

An integral part of the scalp micropigmentation story since 2009, Damien has a broader understanding of the global SMP industry than anyone else in the world. Advising clients and artists alike, Damien is a passionate ambassador for SMP and commentates on an ongoing basis as the industry develops.

How to remove a scalp micropigmentation treatment

How undetectable is scalp micropigmentation?